RC/HC statement on the closure of Damascus Airport [EN/AR]

I am deeply concerned about the recent airstrikes on the Damascus Airport that have led to the closure of the airport due to damages sustained in the airstrike. On 10 June, several airstrikes were reported early in the morning in rural Damascus, with Damascus Airport being one of the impact sites. The damages were incurred to the runway as well as to the terminal building forcing the airport to shut down until further notice.

The closure has severe humanitarian implications and could result in additional negative consequences for vulnerable Syrians. The closure has already resulted in suspension of all flights for the UN Humanitarian Air Service (UNHAS) – the key enabler of access for humanitarian operations in Syria and in many other crisis countries.

In the period between 1 January and 9 June 2022, UNHAS provided transportation to a total of 2,143 humanitarian community members between Damascus, Qamishli and Aleppo. Since the beginning of the year, UNHAS has enabled HCT partners ability to serve a total of 2,097,840 people in need in Aleppo, Al-Hasakeh, Deir ez-Zor and Ar-Raqqa governorates. UNHAS also transports humanitarian cargo, including life-saving health supplies like tetanus vaccines, testing equipment for blood transfusion and diabetes medication across Syria.

The impact of this closure could further impede humanitarian access and if not resolved quickly, may have drastic humanitarian repercussions for more than two million people in need.

RC/HC statement on the closure of Damascus Airport [EN/AR] 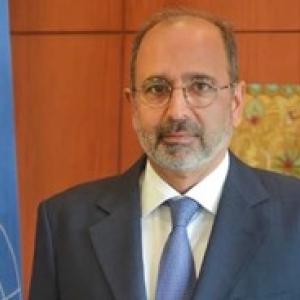